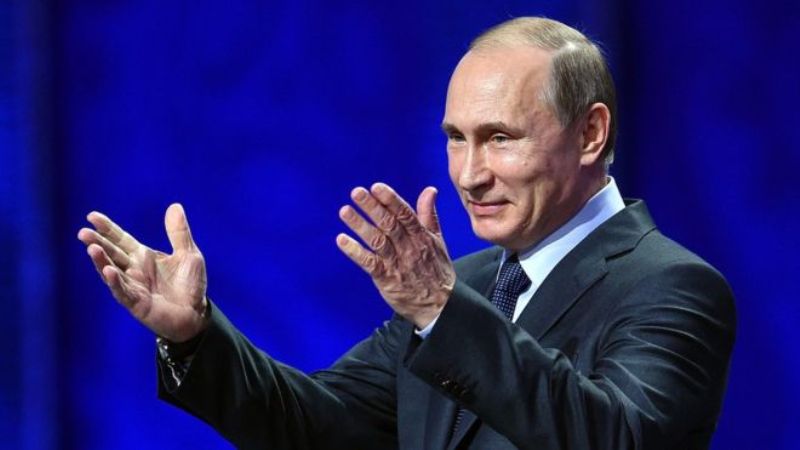 Vladimir Putin will lead Russia for another six years, after securing an expected victory in Sunday’s presidential election.
Mr Putin, who has ruled the country as either president or prime minister since 1999, got more than 76% of the vote, official results show.
The main opposition leader, Alexei Navalny, was barred from the race.
Addressing a rally in Moscow, Mr Putin said voters had
“recognised the achievements of the last few years”.
Speaking to reporters after the results were announced, he laughed off a question about running again in another six years.
“What you are saying is a bit funny. Do you think that I will stay here until I’m 100 years old? No!” he said.
The scale of victory – which had been widely predicted – appears to be a marked increase in his share of the vote from 2012, when he won 64%.
Mr Putin’s nearest competitor, millionaire communist Pavel Grudinin, received about 12%.
The race also included Ksenia Sobchak, a former reality TV host, and veteran nationalist Vladimir Zhirinovsky – they got less than 2% and about 6% respectively.

Mr Putin’s campaign team said it was an “incredible victory”.
“The percentage that we have just seen speaks for itself. It’s a mandate which Putin needs for future decisions, and he has a lot of them to make,” a spokesman told Russia’s Interfax.
In some areas, free food and discounts in local shops were on offer near polling stations. 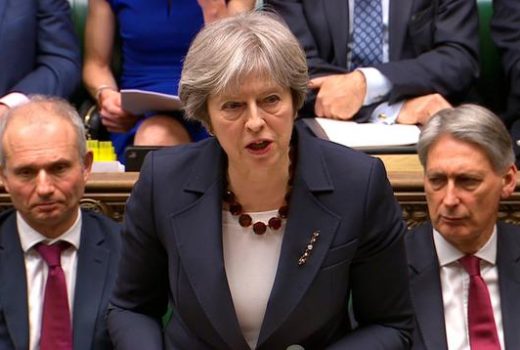 Britain will expel 23 Russian diplomats in response to a nerve toxin attack on a Russian former double agent in southern England, prime minister Theresa May said on Wednesday, adding it was the biggest single expulsion in over 30 years.

May said Britain would also introduce new measures to strengthen defences against hostile state activities, freeze Russian state assets wherever there was evidence of a threat and downgrade its attendance at the soccer World Cup in Russia this summer.

Russia, which has repeatedly denied any involvement in the nerve agent attack, said Britain should expect retaliation for its actions.

Former spy Sergei Skripal, 66, and his daughter Yulia, 33, were found unconscious on a bench in the city of Salisbury on March 4 and remain in hospital in critical condition. A police officer was also harmed and remains in a serious condition.

May has said the Skripals were attacked with Novichok, a Soviet-era military-grade nerve agent. She had asked Moscow to explain whether it was responsible for the attack or had lost control of stocks of the highly dangerous substance.

“Their response demonstrated complete disdain for the gravity of these events,” May said in a statement to parliament.

“They have treated the use of a military grade nerve agent in Europe with sarcasm, contempt and defiance.

“There is no alternative conclusion, other than that the Russian state was culpable for the attempted murder of Mr Skripal and his daughter, and for threatening the lives of other British citizens in Salisbury, including Detective Sergeant Nick Bailey.

“This represents an unlawful use of force by the Russian state against the United Kingdom.”

May said the expulsion of the 23 diplomats, identified as undeclared intelligence officers, was the biggest single expulsion for over 30 years and would degrade Russian intelligence capabilities in Britain for years to come.

“We will freeze Russian state assets wherever we have the evidence that they may be used to threaten the life or property of UK nationals or residents,” May said.

She also said new legislative proposals would be urgently developed to counter any threat from a hostile state.

“This will include the addition of a targeted power to detain those suspected of hostile state activity at the UK border,” May said.

British authorities would make use of existing powers to enhance efforts to monitor and track the intentions of those travelling to the UK who could be engaged in activities that represented a security threat.

“We will increase checks on private flights, customs and freight,” she said.

She also threatened action against those she described as “serious criminals and corrupt elites,” adding: “There is no place for these people, or their money, in our country.”

May said Britain would revoke an invitation to Russian foreign minister Sergei Lavrov to visit the country and suspend all planned high level bilateral contacts between London and Moscow.

On the soccer World Cup, she said no ministers or members of the British royal family would attend.

Our regular traditional fashion fabrics like jamdani and tangail taat to the exquisite ethnic heritage Manipuri weaving our culture offers so wide a range of variety that you would never get bored trying them one after another.

Since the Monipuri design is very famous amongst the fashionable folk of the city you will find similar motifs designed in other fabrics too. But a shop exclusively packed with pure Monipuri taat wears, is certainly rare in the city. So that you don’t miss wonderful fabric that are available specifically in Sylhet, a new shop called Monipuri Taat Emporium is here in the city too offer you the pleasure of picking the finest weaving by the masterful ethnic artisans.

The shop as an offer a good collection of Monipuri taat saris, three pieces, orna, orna, shawl, bag and bed sheets too. 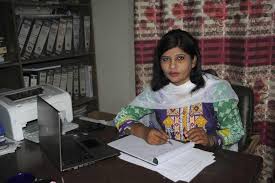 The first Hindu woman in the Senate of Pakistan

For the first time in the history of Pakistan, a Hindu woman is a Senate member. On Saturday, as a candidate for the Pakistan People’s Party, he was elected to Senate reserved women seats in Sindh province. Today it was reported on Sunday in English version of English daily Dawn of Pakistan.

The Kohali community of Dhana Gham, a remote area in Nagarparkar of the Hindu women’s province, created the history of Krishna Kumari.
In a reaction, Krishna Kumari said, ‘I am very happy. It was unthinkable for me to reach the Senate. “She said she will continue to fight the rights of victims of torture. He will work especially on women’s empowerment, education and health.

The 39-year-old Krishna called on ‘Kishu Bai’ by loving parents. He had to pass his childhood through difficult times. With family and relatives, he had to give forced labor in a landlord land in Kunar of Umarkat district. Three years they were forced to stay in jail. After the police raided them, they were released. He was admitted to primary school in Talhe village of Umberkot. Then he studied in Tando Kalki area of ​​Mirpurkhas district. In many crises, parents continued to study Krishna and his brother.
Krishna dedicates this success to his parents, saying that his father-in-law encouraged him. Because of them, he later earned his university degree.

In 1994, at the age of 16, when he was studying in ninth grade, he married Chandra Chand, a student of Sindhu Agricultural University. After marriage he continued to study. He did an MA in Sociology from Sindh University. In 2005 he was involved in social activities.
Mr.Props Congress MP Mahesh Kumar Malani, the leader of the Pakistan People’s Party, was optimistic about winning the silver medalist Rupali Koli family member Krishna. Before the election, he told about the optimism in the interview with Don. Ruplow Kohli was arrested in 1857 for his attack on the British army and was hanged on 22 August 1858.

Once upon a time as a child, Krishna was forced to labor on a rich landlord land with his parents. He will take oath as the senator standing in a row with rich landowners.