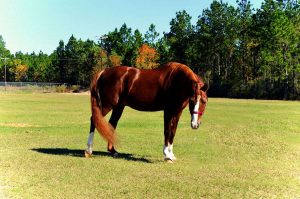 This is the most favorite horse for most people in the world. It originated from Arabian Peninsula, the breed has a distinctive head shape and proud tail carriage. The Arabian horse is said to be one of the oldest horse breeds in the world with archeological evidence suggesting that it dates back to 4500 years. It is also known for its endurance. Nowadays, Arabian horses are used in many ways such as saddle seat, dressage and western. The horse weighs around 850 – 1000 pounds with a highest of 57 – 61 inches. 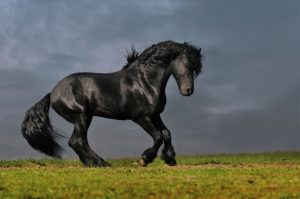 This is the best-known horse breed for horse racing. The horse is known for its agility and spirit and speed. The horse was developed in England during the 17th and 18th century by combining the Arabian and Turkish horses. It has been used in various disciplines such as dressage, fox hunting, polo, and show jumping

This is a tall horse with a long neck. It is described as the solidly built, elegant and refined horse breed. The breed was originally developed in the Southern USA to be used on plantations and farms. The Tennessee walker horse is known for its unique and flashy, running-walking movements. This made it comfortable to ride this horse for long distances and this made it the best choice for many War generals. Nowadays Tennessee Walking horses are used for pleasure mounts and as show horses.