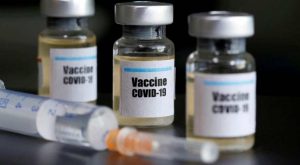 Four European countries have reached an initial agreement to pre-order 400 million doses of coronavirus vaccine. The countries are Germany, France, Italy and the Netherlands. AstraZeneca, a British pharmaceutical company, is working to market the vaccine, which was invented by scientists at the renowned Oxford University in the United Kingdom. The Inclusive Vaccine Alliance (IVA), an alliance of four countries, has reached an agreement with this organization. The German media DW reported this news in a report on Saturday.

According to the agreement, Germany, France, Italy and the Netherlands will help supply the vaccine to Europe.
The German health ministry said on Saturday that the potential AstraZeneca vaccine was currently being tested.

Earlier, AstraZeneca had promised to provide the vaccine to Oxford at no profit during the Corona epidemic.

According to the German Ministry of Health, all countries in the European Union will have the opportunity to participate in the vaccination program. Once the ticker dose is ready, it will be distributed to countries according to population.

It is expected that the development or marketing of the vaccine will be completed by the end of 2020.

The German Ministry of Health says the company must now increase its production capacity through contracts to get large shipments of vaccines very quickly after possible approval this year or next year.