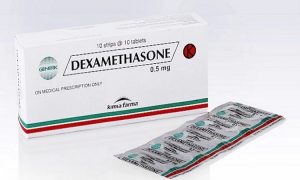 This information was given in a report of the international media BBC on Tuesday (June 18).

UN experts say this low-dose steroid treatment is a breakthrough in the fight against the deadly virus. Using this drug can reduce the risk of death in patients on ventilators by one third. And for those who are being treated with oxygen, the death rate can be reduced by one-fifth.

The drug was seen as part of the world’s largest trial or coronavirus treatment. The study was conducted by a team of researchers from Oxford University. Dexamethasone was applied experimentally to about 2,000 corona patients admitted to the hospital. Analyzing the results, it was found that the risk of death in patients with ventilation was reduced from 40 percent to 28 percent. And for patients who need oxygen, the risk of death is reduced from 25 percent to 20 percent.

Peter Harbi, a lead researcher and professor at Oxford University’s research team, said it was the only drug that had been shown to reduce mortality and actually reduce it significantly. This is an important discovery. According to lead researcher and professor Martin Landrey, the results of the study showed that dexamethasone can save the life of one in every 7 patients who need a ventilator. And for every 20 to 25 patients who need oxygen, one patient’s life can be saved.